0
was successfully added to your cart.

Ramon Looby is a government-relations strategist and thought leader, who serves as Senior Vice President, and Public Policy Lead at the Bank of America Corporation. He has been featured as a speaker by numerous organizations, including: the Association of Consumer Credit Information Suppliers, Equifax, American Bankers Association, American Financial Services Association, National Urban League, University of Florida, and the Washington Post.

He began his career in the fire service as a Public Information & Education Officer with the Fort Myers Beach Fire Department. He has served as a Special Advisor to the United States Chamber of Commerce – focusing his efforts primarily on international affairs and trade policy. And prior to his current role, Ramon spent several years managing a diverse portfolio of policy issues for the Consumer Data Industry Association.

In 2018, Mr. Looby was elected to the Congressional Black Caucus Foundation’s (CBCF) Council of Corporate Advisors (CAC) – the CAC advises the CBCF’s Board of Directors on policy, special initiatives, and leadership development.

Ramon is a recipient of the 2018 Corporate Achievement & Image Award from the National Black Caucus of State Legislators – in recognition of “Eminent Partnership and Social Responsibility”. The first award from this influential group to a member of the Financial Service Industry.

In addition to his service to the CBCF, Mr. Looby serves on several boards of directors, including, the Maryland Bankers Association, the National Safe Place Network, the Five Star Scholarship Foundation, and the University Of Florida Alumni Association.

He lives in Washington, D.C. with his wife and two children. 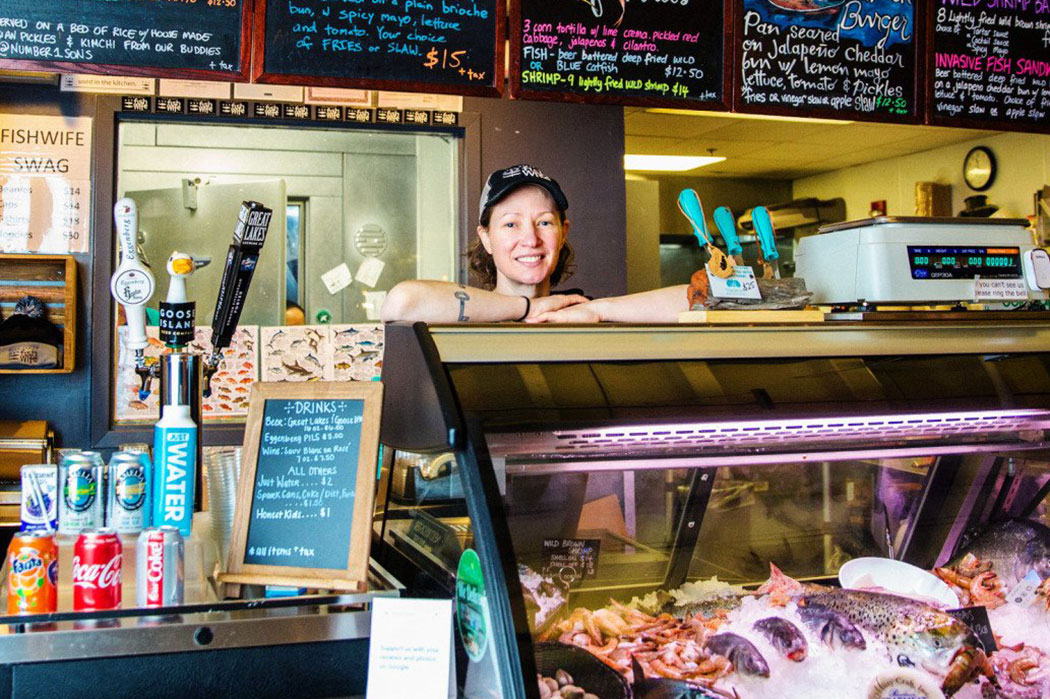 Fiona Lewis is co-owner of The District Fishwife, a combination retail seafood market and quick serve restaurant, that sources fresh fish and shellfish that has been sustainably sourced, with an emphasis on products from regional fisheries. Fiona’s upbringing in Australia was marked by her family’s passion for fishing, seafood, and conservation of local fish species in her native state of Victoria. Prior to moving to the United States, Fiona traveled, worked and lived internationally and was a seasoned hospitality professional for over 15 years working in both casual and fine-dining establishments in Melbourne and Sydney, Australia.

Fiona is an aquaculture advocate, she hopes to enjoy wild seafood, support wild fisheries, and ensure the health of our oceans, lakes, and rivers forever. She believes that supporting well-managed aquaculture and responsibly harvested farmed fish and shellfish is the best way to meet ever-growing demand for fresh seafood, easing the strain on wild populations and ensuring a sustainable future.